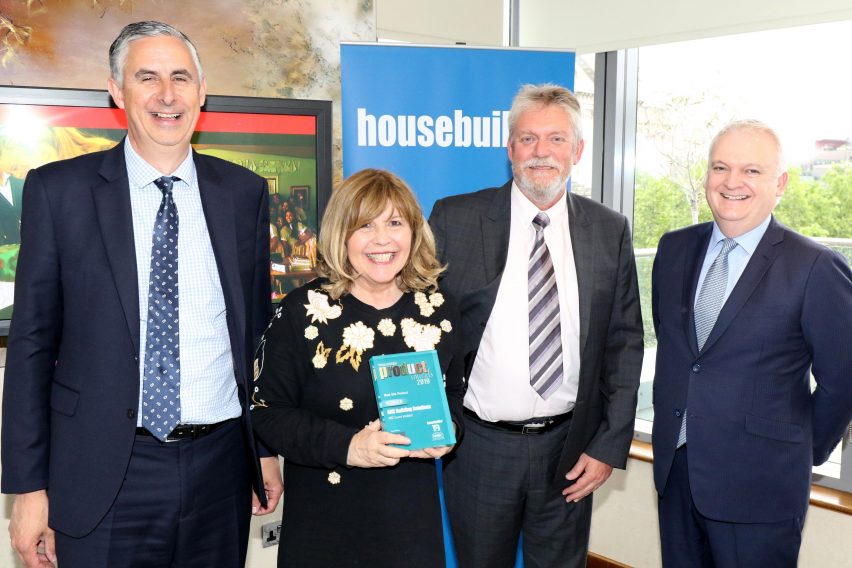 The winners of the Housebuilder Products Awards 2019 have been announced and ARC are celebrating after scooping awards in two categories.

The ARC Eaves Insulator has claimed Best Site Product, whilst the ARC TCB Intumescent has won the category of Best New Product.

The unique ARC Eaves Insulator was developed to solve the problem of heat loss through the roof membrane at the junction between the pitched roof and the top of the cavity wall. Not only does it provide a solution to this problem, but also it performs better than the accredited detail. Since its launch in 2016, it has been further developed and is now specified by several house builders who have confirmed that it has helped to improve their build process.

The ARC TCB Intumescent was developed to solve the problem of ensuring adequate fire protection is fitted in timber framed buildings, especially where cavity widths vary. This product combines the traditional ARC TCB with a layer of intumescent which expands at high temperatures when subjected to fire, restricting the spread of smoke and flames. Developed following feedback from contractors it is less bulky than the standard ARC TCB, allowing a reduced compression fit in the cavity, enabling it to be more easily fitted.

“We are looking for products that can help housebuilders deliver the quality that the government and customers are demanding,” said the judges. “The best manufacturers have listened to what is needed and the winning products reflect this.”

ARC will celebrate at a Winners lunch in June, and will then attend the Housebuilder Awards in October where their wins will compete against the other seven categories to be in with a chance of being crowned overall Housebuilder Product of the Year.

These two wins add up to a total of five Housebuilder Product Awards won by ARC in the last three years.